Scotland; all fun and games

Scotland is a truly peculiar destination, and touring in Scotland - its Highlands, its Lowlands, its cities or its islands offer visitors more variety than one can shake a proverbial stick at.

It is also, one of those countries that virtually every visitor believes that they know before they arrive; they know because, as the Scots themselves say “Everyone in the world is either Scottish or wishes that they were”; an exaggeration, perhaps, but there is certainly something in this remarkable place for everyone, and most of the jewels need a little fossicking.

I have been fortunate to have been here many, many times. The first visit was back in about 1972 when, infatuated with a Scottish girl who I had met on a school cruise, I decided to hitch-hike to East Lothian to see her. I recall her bewildered parents when I arrived, and Anne herself (for that was her name) was equally bemused to see me turn up at the farm gate early one morning. In those days, of course, there was no internet, and communication was sparse. I did, however, spend an enjoyable few days, and in the timeless way of fathers was introduced to the joys of farming; having arranged my first driving licence (tractors only), and shown me a field to clear, I enjoyed the first few days and then left hitch back to London, some 350 miles to the south. I still have the licence.

In subsequent years, my visits have taken me in more comfort at times, and from the gorgeous rolling hills and ineffaceable sense of time in The Borders to the remote islands of Shetland, I have travelled the length and breadth of the country. 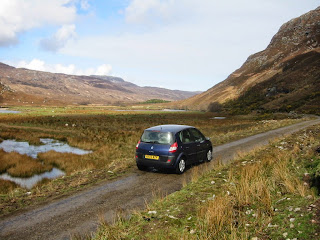 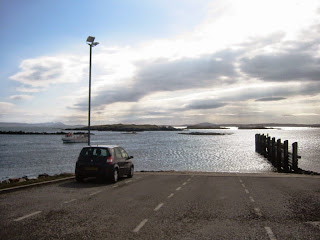 The islands of the north and west are communities unto themselves; the remote isles of Shetland slowly reviving an identity in the 21st century are most interesting. They are easily accessible either by air or through the splendid services of Northlink, a ferry company serving Orkney and Shetland from Aberdeen. And these islands, steeped in the history of the Vikings, and home to some of Europe’s finest archaeological sites are to be savoured.

In almost complete contrast the rigged islands of the Outer Hebrides are exercises in stoicism, visible in the architecture of everything from the small stone crofts to the concrete bus shelters designed to withstand some mighty gales; there are thriving communities and there are abandoned communities, and one, an island some fifty miles of the western shore was abandoned in the 1930s after hundreds of years of habitation.

The island, St. Kilda, has to be one of the most evocative places that I have visited; it has given its name to the suburb of Melbourne, founded by some of the first St. Kildans to emigrate away from their brutal life of bird catching, bird plucking and bird eating on an isolated, windy and craggy rock in the Atlantic ocean. However it was exactly those features that attracted me to the island, and a few years ago I headed out in a smallish boat to visit Hirta.


The journey took about four hours,  one passenger actually turned a fetching shade of green and spent the whole time on land praying for an airport to be suddenly constructed. It wasn’t, but the weather picked up, and the day on the island was simply gorgeous. Some of the houses on Main Street have been restored by volunteers from the National Trust and somehow the atmosphere of the island still felt inhabited; perhaps by the spirits of the long forgotten islanders, or perhaps from the simple strength of character that has been woven into the island’s fabric during their hundreds of years of harsh tenancy. Whichever it was, I loved the day, and became completely mesmerised by the hundreds of thousands of birds living on the rugged stacks; it was a visit that I would like to repeat. 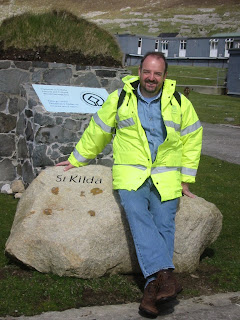 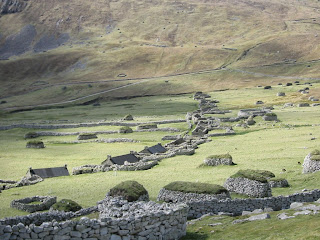 And far from these remote islands, there are hundreds of villages and towns that exude “Scotland”; Dornoch, Huntly, Melrose, Stornoway, Stromness, Brae,  Drymen and so many others are wonderful destinations, and all so easily accessible to visitors wanting to step, just a little, from the beaten path.

And finally, in this note about Scotland, I would be remiss to show my hand, and say that (friends notwithstanding), I prefer Glasgow to Edinburgh! Glasgow is wonderful; heavy, secure, beautiful and with some of the regions greatest museums (a couple of reasonable football teams), fine monuments and terrific restaurants and nightlife. On the other hand, Glaswegians do have a virtually impenetrable accent.

When you visit Scotland, however, be sure to explore; the brands are great, but the soul of the country lies in its depth and lies in the people who live in the remarkable communities that weave the unique fabric that is Scotland.
Posted by MaxGlobetrotter at 6:48 AM 1 comment: Links to this post